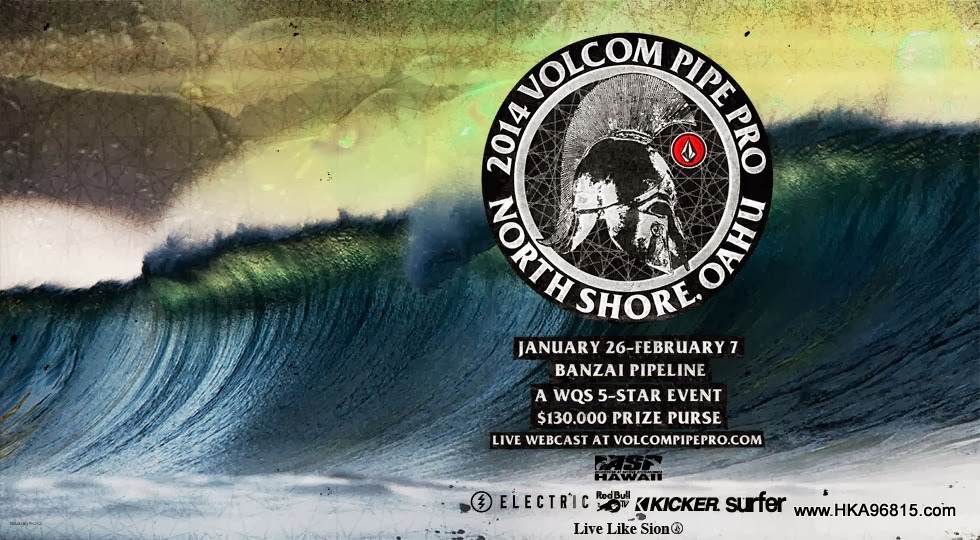 The fifth annual Volcom Pipe Pro, an ASP 5-Star World Qualifying Series (WQS) event, is setting up for another exciting showdown at the Banzai Pipeline. The contest waiting period will be from January 26th to February 7th, and with less than a week to go, the 112 warriors are getting ready to battle at one of the most dangerous waves on the planet. They will be fighting for $130,000 USD in prize money and valuable ratings points to kick off the 2014 season.

This has been one of the most exciting winters that the north shore has seen in a while, and looking at Surfline.com – the official forecaster of the 2014 Volcom Pipe Pro, we can see that there is still plenty of surf on the way.

Be sure to stay tuned to this official 2014 Volcom Pipe Pro website to watch the live HD webcast of the event as well as get up to the minute results, warrior info, daily recaps, videos, photos and much more! iPhone and iPad users can also download the VolcoMobile iPhone App to watch the live webcast and stay up-to-date on the contest wherever you are.

The Volcom Pipe Pro is an extra special event for the local Hawaiian competitors, being that it is a chance for non-World Tour surfers to gain entry in to the prestigious Pipe Masters. The top eight Hawaiian competitors in the Volcom Pipe Pro will be rewarded with local seeds in to the 2014 event, which is part of the Triple Crown series and wraps up the tour for the year.
at 8:50 AM
Email ThisBlogThis!Share to TwitterShare to FacebookShare to Pinterest
Location: Pūpūkea, HI, USA