The Prince Kūhiō Festival is a series of events, ceremonies and activities organized by The  Association of Hawaiian Civic  Clubs to celebrate the birthday of Prince Jonah Kūhiō Kalaniana‘ole who founded the first Hawaiian Civic Club on December 7, 1918.

Prince Kūhiō was a prince of the reigning House of Kalākaua when the government of Queen Lili‘uokalani was illegally overthrown in 1893. He  later went on to become a politician in the Territory of Hawai‘i as delegate to the United States Congress where he led the passage of the Hawaiian Homes Commission Act of 1921. The people of the State of Hawai‘i acknowledge his many contributions and have memorialized the Prince by naming schools, buildings, streets, and beaches after him, and designating March 26th as a state holiday honoring his birth. 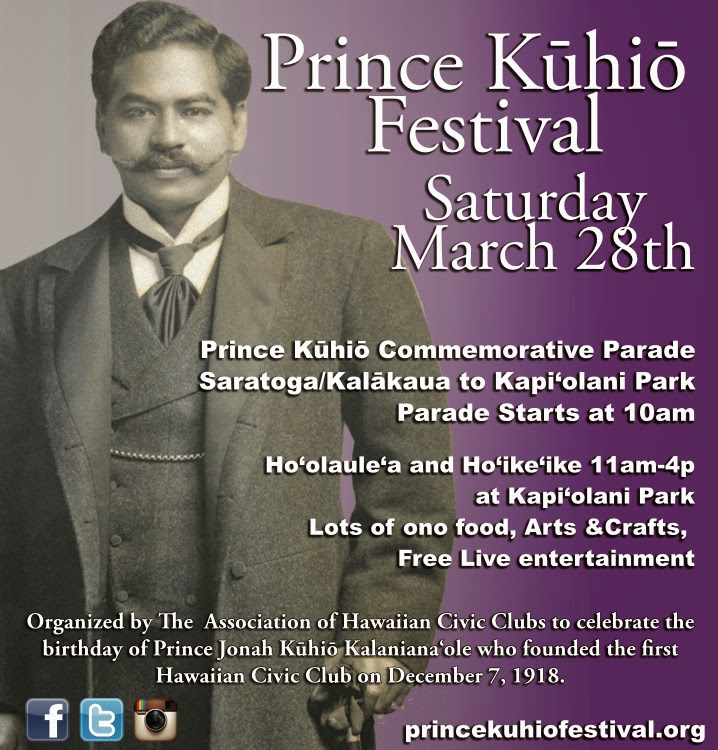 at 8:20 AM
Email ThisBlogThis!Share to TwitterShare to FacebookShare to Pinterest
Labels: Around Waikiki
Location: Waikiki, Honolulu, HI, USA